Are your forts turning to Halloween?

If you’re looking for Halloween activities and things to do in Northumberland this half term, where better to hunt out ghostly goings on and unexplained mysteries than within Bamburgh Castle and its 2000 years of history.

Between 24 October and 1 November, Bamburgh Castle’s resident Anglo Saxon monier will be stamping spooky Halloween coins for visitors as well as telling tales of Bamburgh’s turbulent past, where people have trod for thousands of years.

Learn of Bamburgh’s chilling connections with an Anglo Saxon burial site and hear stories that live beyond the grave with historian and archaeologist Paula Constantine. Daily talks will take place in the  Victorian stables between 11am and 2.00pm.

We’ll also have everyone’s favourite mini pony Marley trotting into the castle on Monday October 24. Bedecked with some special Halloween touches, pre book a Halloween ride around the castle grounds in Marley’s trap.

Don’t forget out 14 staterooms are open with covid-secure measures in place. Keep an eye out for who knows what or who you might see when you visit….

Some visitors claim they have been touched by unseen hands, others have heard strange noises: a baby crying, piano music or the sound of footsteps running and dark, eerie shadows seen within the castle’s corridors.

Over the years the castle has filled many mystics and mediums with trepidation including the paranormal documentary series, Most Haunted with by Yvette Fielding. Watch the programmes here.

To set the scene for a Halloween visit to Bamburgh Castle, here are some of the castle’s resident spirits who are said to love the best castle in England  so much, they never want to leave. 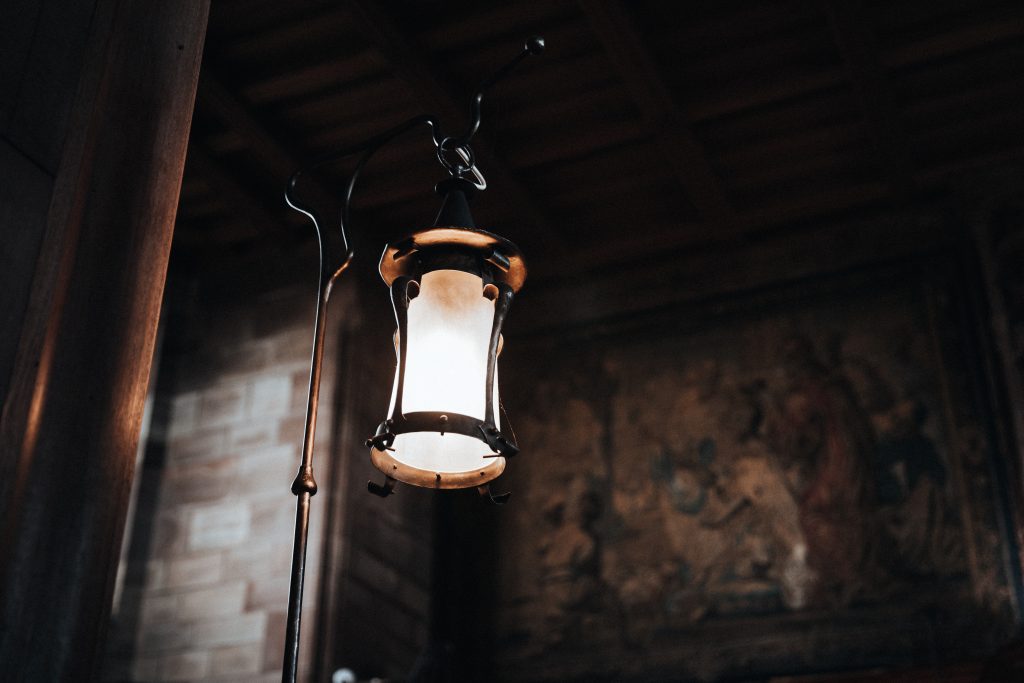 Centuries ago a stunningly beautiful Northumbrian princess lived at the Castle. But she was left broken hearted after her father, disapproving of the boy she loved, sent her suitor overseas for seven years.  Hoping to quell his daughter’s passion, the King forbade any contact between the pair.  But with each passing day the princess grew more and more depressed. In a final attempt to dissuade her love, the King told the princess his spies had reported her betrothed had married someone else.  Hoping to bring the poor girl out of the melancholy his news had wrought, the King ordered the castle’s seamstress to make his daughter a fine new dress in her favourite colour – pink. Upon the final fitting the distraught princess, shrouded in the beautiful pink gown, climbed the stairway to the castle’s highest battlements. There, she threw herself to her death on the rocks beneath.

Tragically her lover returned soon afterwards and was inconsolable to hear the fate that had befallen his love. Though legend does not say what happened to him, the Princess is said to return to the castle every seven years. Dressed in a gown of pink, she wanders the castle before gliding to the beach, where she stares sadly out to sea, forever awaiting the return of her lost love.

Taking her name from the striking emerald green cloak she wore wrapped about her, Green Jane was sent by her starving family to beg for food at the castle. Approaching the fortified entrance via the perilously steep Miller’s Nick with her baby clutched to her chest, Jane’s pleas were met with jeers from the waiting guards who turned her away. Whether she stumbled weakened by lack of food or was pushed, Jane fell down the stone steps to her death along with the baby she carried in her arms.

There have been sightings of a young woman carrying a bundle walking down the steep steps close to the Clock Tower. She is seen to stumble and cry out before falling down the narrow stairs. When people have rushed to her aid neither she nor the bundle she was holding can be found. The cries of a baby can also be heard in the castle even in parts that are empty.

The kindly and intelligent man who led the castle’s restoration in the 18th century is said to love Bamburgh Castle so much that he never wishes to leave it. Dr Sharp is regularly seen by visitors who recognise him from his portrait hanging proudly in the King’s Hall. Members of the Armstrong family and castle staff have seen him walking around the building he loves.

We use cookies to ensure that we give you the best experience on our website. If you continue to use this site we will assume that you are happy with it.OkCookie Policy